From Hurricanes to Highgate: Why Birmingham remains my international destination of choice

After nearly a decade spent litigating in some of the world’s most exotic locations, barrister Alex Haylin of No5 Chambers explains the enduring appeal of Birmingham for those practising at the cutting edge of commercial law. 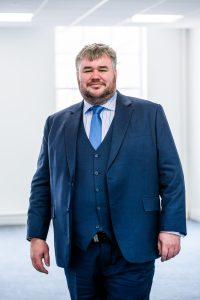 When I left the UK at the end of 2010, no one had even heard of Brexit or Ed Sheeran, and Game of Thrones was still in development. I had been offered a two-year contract in the Turks and Caicos Islands where the Caribbean weather and a tax-free salary beckoned. The Isle of Man did not quite have the same draw.

Like all first loves, as my first experience of an offshore financial centre the Turks and Caicos Islands still has a special place in my heart (as well as making me a huge beach snob thanks to the incomparable Gracebay Beach).

During my four years there I represented many high-profile clients, including several government ministers (my prosecutor being Rob Rinder, before he transformed into Judge Rinder). I went on to study in New York for a Masters in corporate law (I still feel part-New Yorker), before spending several years moving between the Cayman and British Virgin Islands (interrupted by hurricane Irma).

As a litigator the offshore world is fascinating; the work being very international and accompanied by a lot of zeros. Highlights included rolling up a $300 million Ponzi scheme for the victims as well as acting for the late Prince (of musical, not Megxit fame).

There a lot of myths about the offshore world but the reality is that it was very similar to Manhattan and the City of London, just with more palm trees and iguanas. Clients would range from insolvency practitioners chasing money down for creditors, to New York hedge funds and Russian oligarchs who had fallen out with their business partners.

The Financial Services court in the Caymans and the Commercial Court in the British Virgin Islands were very similar to the English High Courts in both Birmingham and London (often with the same judges). Some of the best lawyers in the UK and elsewhere were often involved in the cases, which not infrequently ran into the billions of dollars.

In 2019, ten years after I left the English Bar, I returned to work in the UK as a commercial barrister at No5 Barristers’ Chambers, working out of Birmingham and London.

So why come back? Ultimately there are only so many boats you can go on and only so many Dark and Stormys you can drink. Despite some of the toxicity about Brexit, it has got people engaged again and got them thinking about the good and bad of our country – with a much overdue refocus on the Midlands and North.

The fact is, despite nine years and five countries, I will always be British. There are many wonderful things about this country; and I missed it. As for losing the tax-free salary – well, no one enjoys paying taxes, but it is the price we pay for living in a civilised and caring society.

As a commercial barrister at No5 Barristers’ Chambers I am plugged into one of the great commercial centres of the world. English common law remains the number one choice for international commercial disputes. Brexit is not going to change the fact the English High Court – whether sitting in Birmingham or London – has some of the best judges in the world: both learned in the law and incorruptible. From these locations, I can offer my experience and expertise on disputes from all over the world to be determined in our courts, which are much in demand. So, the future remains bright.