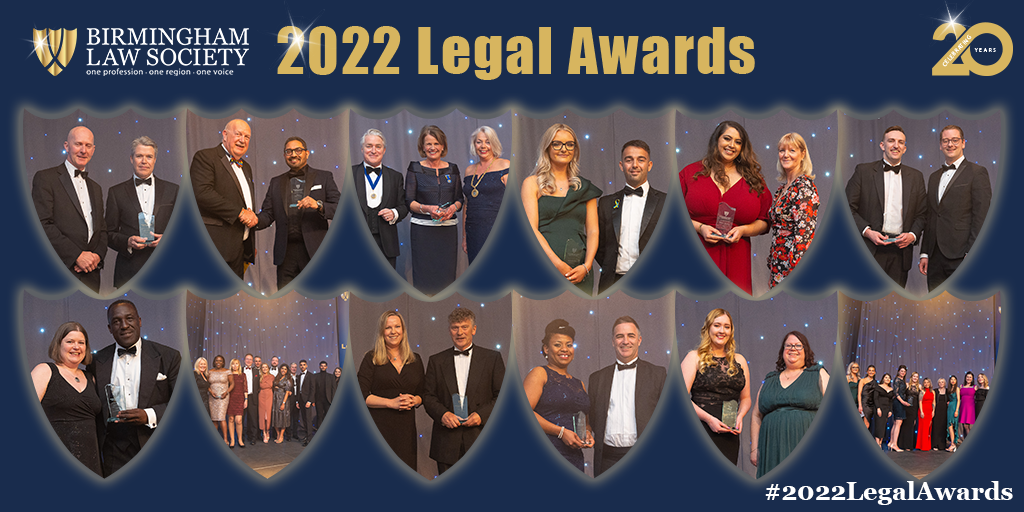 Recognising the achievements of Birmingham’s legal talent, the winners of Birmingham Law Society’s Legal Awards were announced on Thursday night.

After last year’s virtual ceremony, Birmingham Law Society’s flagship awards took place at the ICC, allowing the local legal industry to come together and celebrate. Of the twelve awards distributed, Jayne Willetts of Jayne Willetts & Co Solicitors won the coveted Lifetime Achievement Award. Having practised law for almost 40 years, the award recognises Jayne as a leading figure in the profession, noting the many contributions she had made to the legal community throughout her career, including first female President of Birmingham Law Society in 1999.

Stephanie Perraton, President of Birmingham Law Society, said: “This year’s awards were pertinent for Birmingham’s legal community as it was the first time since 2019 that we have been able to come together to celebrate our members’ achievements in person. This was reflected in a successful turnout for the event, which saw the legal talents of firms and individuals celebrated for all the hard work they have done.

“The awards also provided the opportunity to reflect on the terrible events happening in Ukraine and highlight some of the projects that have been established to help, such as the Ukrainian Advice Project UK or the Ukrainian Justice Alliance. In addition, we were also able to raise money for my two chosen charities during my Birmingham Law Society presidency: Walk the Walk and SIFA Fireside.

“Birmingham Law Society also wanted to champion those who had taken great steps to make the legal profession a more inclusive industry with the new Equality, Diversity and Inclusion Award. We hope that by celebrating the achievements of firms such as Trowers & Hamlins LLP, we can encourage others to follow in their footsteps, inspiring those who may not have considered the legal profession was for them.”

TRAINEE SOLICITOR OF THE YEAR

SOLICITOR OF THE YEAR

PARTNER OF THE YEAR

APPRENTICE OF THE YEAR

PARALEGAL OF THE YEAR

LAW FIRM OF THE YEAR – SOLE PRACTITIONERS – UP TO 5 PARTNERS

LAW FIRM OF THE YEAR NATIONAL

BARRISTER OF THE YEAR